The Most Tragic Death

Three men stood by the Golden Gate and St. Peter said, “Sorry,
>we’re all filled up so only one of you can come into heaven. So, out
>of you three, the one who had the most tragic death of all may
>enter and the rest of you had better put on some sunscreen.
>
>
>The first man spoke, “Well I am a newlywed and I tend to get jealous of
>my wife and her male friends, so I forbid her to see any of them while I
>was at work. But today I came home early and saw two wine glasses on the
>coffee table and when I asked my wife what was going on, she blushed and
>was silent. I searched the entire house for her male friend and finally
>I spotted someone’s hands grasping the railing on our balcony. In a fit
>of rage I stomped on the hands until the rascal fell 15 stories down
>into the BFI bin below. When I realized he was still alive, I unhooked
>my fridge and threw it over the railing. In the process of doing this, I
>had a heart attack.”
>
>St. Peter replied, “Wow, that’s too bad. Next?”
>
>The second man began to speak, “I am a window washer and I was
>minding my own business and washing the 17th story windows at an
>apartment when my safety rope snapped and I began to fall. I reached out
>and in a stroke of luck, grabbed onto a balcony railing on the 15th
>story. I was trying to catch my breath and waited for someone to rescue
>me when some lunatic started to stomp on my hands until I lost my grip
>and fell into the BFI bin below. I opened my eyes in disbelief only to
>see a fridge come crashing down onto my head.”
>
>St. Peter replied, “My, my... that is bad. Next?”
>
>The third man spoke last, “Well, I was hiding in the fridge when...”
Posted by Professor Chaos at 3:44 PM 1 comment: 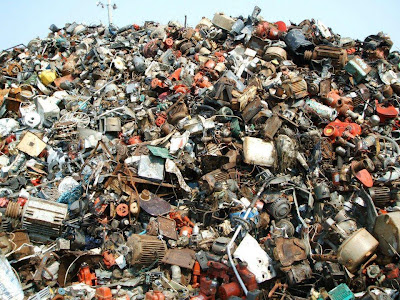 Hint: It is on the Left hand side and it's tail is almost touching the yellow square thing.
Posted by Professor Chaos at 4:43 PM No comments:

A father buys a lie detector robot that slaps people when they lie. He decides
to test it out at dinner one night.

The father asks his son what he did that day.

The son says, "I did some schoolwork."

The robot slaps the son.

The son says, "Ok, Ok. I was at a friend's house watching movies."

Dad asks, "what movie did you watch?"

The robot slaps the son.

The robot slaps the dad.

Mom laughs and says,"Well he certainly is your son!"

The robot slaps the mom

Posted by Professor Chaos at 5:46 PM No comments:

Tom Brady, after living a full life, died. When he got to heaven, God was showing him around. They came to a modest little house with a faded Patriots flag in the window. "This house is yours for eternity Tom, said God. "This is very special; not everyone gets a house up here." Tom felt special, indeed, and walked up to his house.

On his way up the porch, he noticed another house just around the corner. It was a huge 3-story mansion with Orange and Blue sidewalks and drive ways, a 50 foot tall flagpole with an enormous Broncos logo flag waving, a swimming pool in shape of a horse, a Broncos logo in every window, and a Tim Tebow jersey on the front door.

Tom looked at God and said "God, I'm not trying to be ungrateful, but I have a question. I was an all-pro QB, I won 3 Super Bowls, and I even went to the Hall of Fame."

"Well, why does Tim Tebow get a better house than me?"

God chuckled, and said "Tom, that's not Tim's house, it's mine."

Posted by Professor Chaos at 5:44 PM No comments:

The IRS sent my Tax Return back! AGAIN!!!

I guess it was because of my response on the line: "List all dependents"
I replied -
"12 million illegal immigrants;
"3 million crack heads;
"42 million unemployable people on food stamps,
"2 million people in over 243 prisons;
"Half of Mexico ; and
"535 fools in the U.S. House and Senate.”

Apparently, this was NOT an acceptable answer.

Posted by Professor Chaos at 5:41 PM No comments:

A woman had 50 yard line tickets for the

Super Bowl. As she sat down, a man

along and asked her if anyone is sitting in

the seat next to her.

"This is incredible," said the man. "Who in

their right mind would

this for the Super Bowl, the biggest

sporting event in the world, and

actually belongs to me. I

to come here with my husband, but he passed

away. This is the first

Super Bowl we have

not been to together since we got married in

But couldn't you find

someone else - a friend

or relative or even a neighbor to take the

seat?" The woman shakes her

they're all at the funeral."

Posted by Professor Chaos at 5:32 PM No comments:

What is a bucket seat? 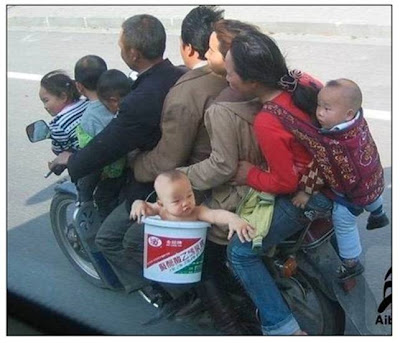 Now you know!
Posted by Professor Chaos at 3:44 PM No comments: 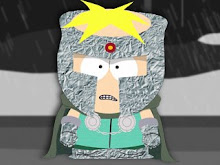 Nobody Likes to Laugh Alone!!